It was the moment we’ve all been waiting, the Isle of Man TT Races fuelled by Monster energy finally returned today. As the sun shone down on the Island for the opening qualifying session, it was Davey Todd who topped the Superbike class with a speed of 127.492mph ahead of reigning Senior TT champion, Dean Harrison and 23-time TT winner, John McGuinness MBE.

Known for his record breaking speeds, Peter Hickman posted the third quickest lap of the afternoon, 126.49mph, onboard the Gas Monkey Garage by FHO Racing machine, to lead the way in the Superstock category. Whilst, Michael Dunlop fastest in the Supersport class at 124.103mph and Jamie Coward the pacesetter in the Supertwin division at 117.573mph. 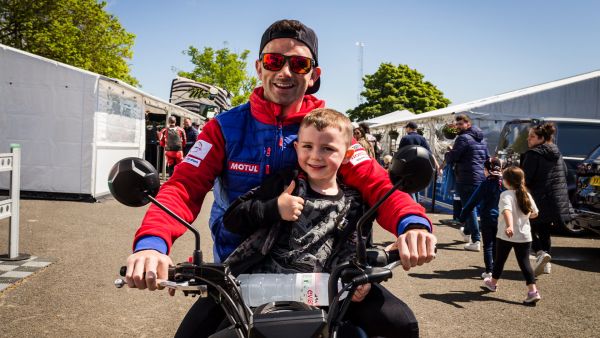 After a short delay to lock the course down, the TT soared back into life at 1.50pm with the newcomers getting their first taste of the 37.73-mile Mountain Course. This year's hotly anticipated newcomer Glenn Irwin went on to have superb first session lapping at a stunning 122.616mph on his Superstock Fireblade. It was a similar case in the sidecars with newcomer Harry Payne, with Mark Wilkes in the chair, putting in a superb performance at 110.364mph. 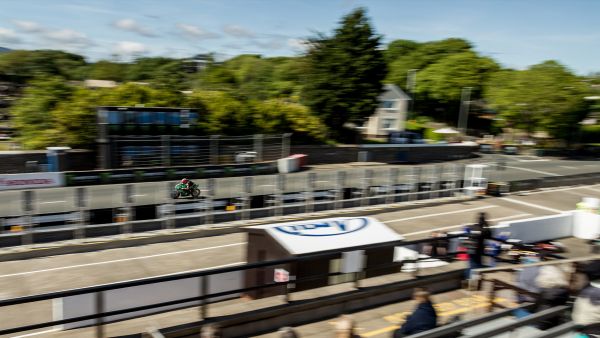 RUTTER LEADS THE WAY IN THE FIRST QUALIFYING SESSION OF 2022

At 14.15, the main session got underway and it was Michael Rutter who led the field away followed ten seconds later by Harrison, the duo both Superbike-mounted. Lee Johnston was next to go on his Ashcourt Racing Yamaha Supersport machine with Ian Hutchinson and Michael Dunlop hot pursuit on their Superbikes.

First to complete the lap was Rutter followed by Harrison, both soon upstaged by Hutchinson who lapped at 122.315mph but it was Hickman who was quickest of all, the outright lap record holder posting a speed of 124.786mph on his Superstock mount.

The similarly mounted Milenco by Padgett’s Motorcycles duo of Conor Cummins and Todd slotted into second and third at 124.280mph and 123.237mph respectively. Meanwhile, Hutchinson was knocked off the top spot in the Superbike class by 23-time winner John McGuinness MBE with the Honda Racing man lapping at 122.819mph.

Starting out, McGuinness was again the quickest in the Superbike class followed by Hutchinson 123.435. Irwin’s second lap, on his Superstock Honda, was an impressive 116.463mph with the Supersport-mounted Loughlin upping his speed to 113.179mph, whilst Ward had now broken the 110mph barrier with a lap of 111.381mph. 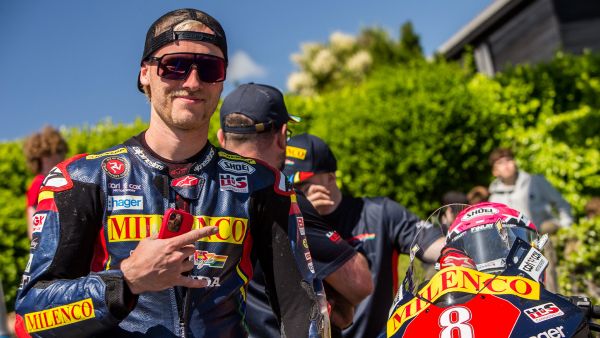 DAVEY TODD Tops Superbike class with a speed of 127.492mph

Harrison was back out on track on his Superbike machine and his second lap of 124.393mph put him second quickest behind McGuinness, but Hickman was encountering issues on his Superbike as he toured round Ramsey Hairpin. James Hillier then bumped Harrison briefly back to third, the RICH Energy OMG Racing man lapping at 124.831mph, but on his third lap Harrison not only went quickest in the Superbike class but also overall with a speed of 126.984mph.

Hickman made it back to the pits and returned to the fray on his Superstock BMW but Cummins wasn’t as lucky as he stopped at the Mountain Box. Team-mate Todd was faring better though and after lapping at 126.752mph, his final lap of 127.492mph sent him quickest overall, with West moving up to third in the Superbikes with 125.216mph. Irwin’s fifth lap saw him break the 121mph barrier to slot into 13th overall in the Superstock class. 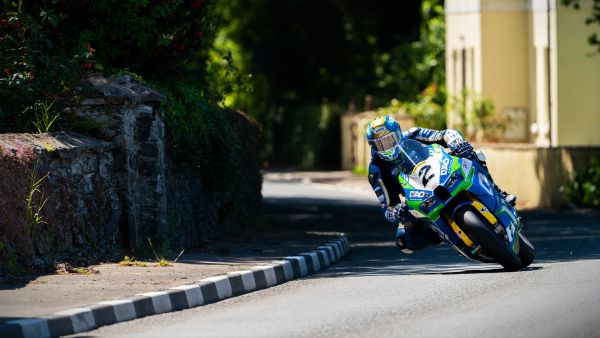 At 15.30, it was the turn of the Supersport/ Supertwin qualifying session with Dunlop the quickest Supersport runner in the early stages reaching from Harrison and Coward. Gary Johnson was setting the pace in the Supertwins at 114.43mph followed by Aprilia-mounted Stefano Bonetti and the Paton of Rutter.

As the solo session came to a conclusion, there was no change at the top of the Supersport leaderboard but Hickman (K2 Trooper Beer by PHR Performance) moved into third with a speed of 122.949mph.

Late laps though from both Coward and Michael Dunlop (MD Racing) at 117.753mph and 116.631mph respectively moved them up to first and second in the Supertwins category with Johnson slipping back to third ahead of Dominic Herbertson, James Hind and Rutter. Newcomer Loughlin also impressed with the seventh fastest time (113.361) on the Team ILR/Mark Coverdale Paton. 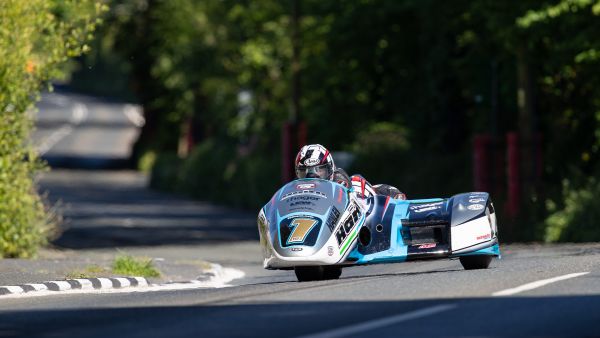 With the sun continuing to shine, the Sidecar class got their first session underway at 4.30pm, the newcomers having had their speed-controlled laps at the beginning of the afternoon but Ryan and Callum Crowe were early casualties stopping in Kirk Michael village.

Leading the way on the road were the dominant Birchalls on their Haith Honda and completed their opening lap at 110.427mph but that was only good enough for second with Peter Founds and passenger Jevan Walmsley going quickest at 112.426mph. Tim Reeves with newcomer passenger Kevin Rousseau had an encouraging start at 109.107mph to go fourth.

On the second lap, the Birchalls improved to 111.908mph with Payne/Wilkes jumping up to a sensational third at 110.364mph. They were the only three crews to break the 110mph barrier with Bryan/Hyde, Crawford/Hardie and Reeves/Rousseau completing the top six.